Things You Need To Know Before Traveling To Mexico

It’s hard to come up with one reason why Mexico remains one of the most popular vacation destinations. Why? Because there are too many reasons to count. And while you’ve likely heard of the country’s most famous spots — Cancun, Los Cabos, the Riviera Maya, and Mexico City — there is a lot more of Mexico that begs to be explored. That’s because Mexico is blessed with stunning beaches, amazing history, fascinating traditions, incredible food, and beautiful natural scenery that’s hard to exhaust in just one trip. If all of this sounds overwhelming, don’t worry. Oyster.com has been to Mexico so many times that we’ve figured out just how to have the perfect vacation there. From when to visit Mexico to the best things to eat and how to stay safe, read on for the 16 things that every traveler needs to know before going to Mexico.

1. The history of Mexico goes back centuries, and you can still see it everywhere.

Mexican history began well before any Spaniards arrived, and thriving indigenous communities and kingdoms covered the landscape for centuries. While that history is too long to detail here, you can see remnants of it throughout the country. Most famously, Mexico is home to several stunning pyramids. Chichen Itza — a UNESCO World Heritage Site — is the most famous and is a popular day trip from Cancun and the Riviera Maya. Rivaling Chichen Itza are the amazing pyramids of Teotihuacan, situated about an hour north of Mexico City. There, you can climb atop the Pyramid of the Sun for amazing views across the landscape all around. Other famous historical ruins are found in Tulum and Coba in the Yucatan, as well as at Monte Alban in Oaxaca. In fact, without leaving Mexico City you can see evidence of the region’s indigenous, ancient cultures at the Templo Mayor (atop which the massive Catedral Metropolitana was built).

Colonial relics abound throughout the country as well. Mexico City’s Centro is one of the largest expanses of colonial architecture in the Americas, though smaller cities like San Miguel de Allende, Oaxaca, Guanajuato, Puebla, and others provide a fascinating glimpse into the country’s colonial history as well. 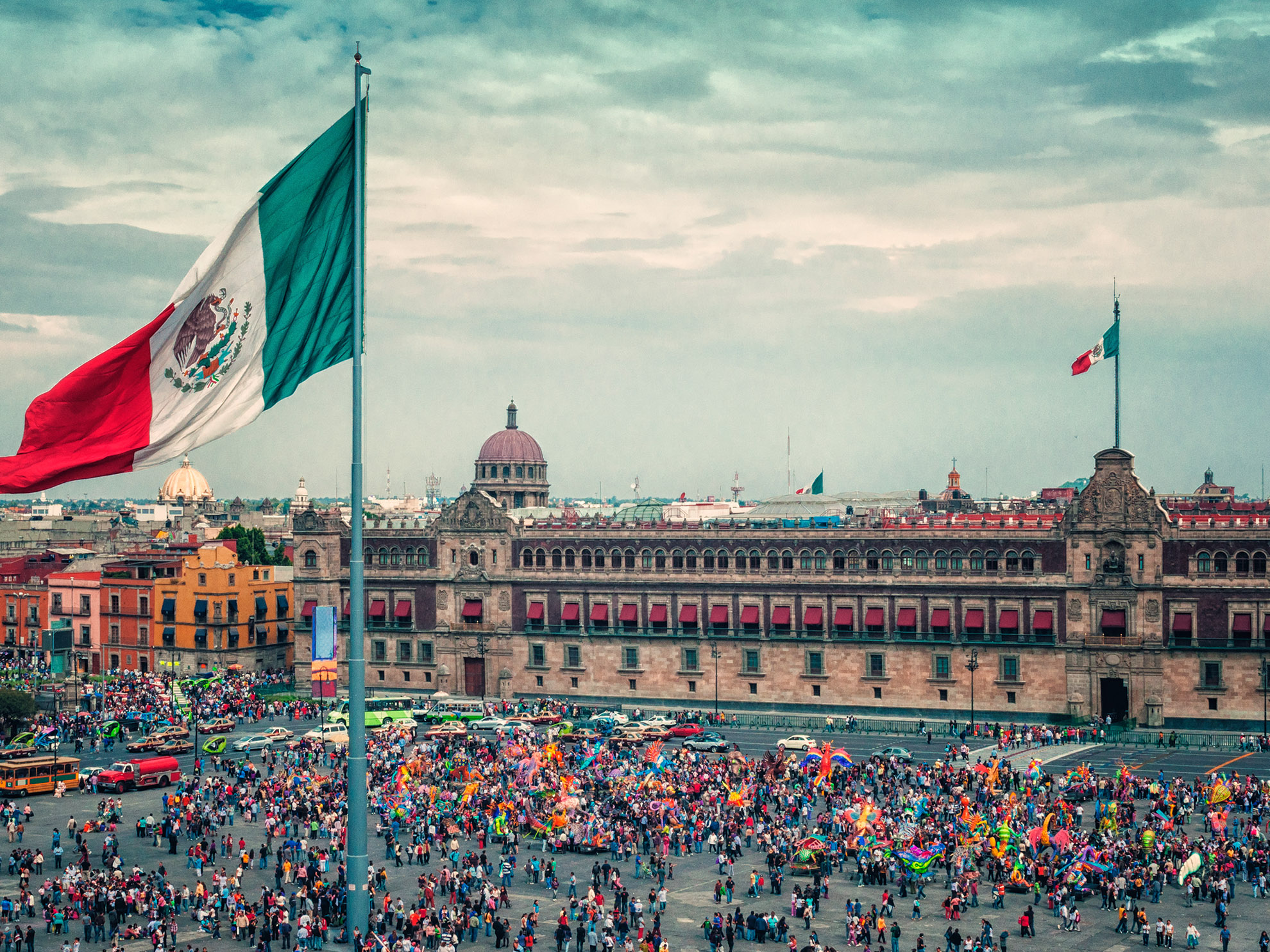 2. Mexican food is incredibly diverse (and don’t be afraid of street food).

If you think Mexican cuisine is limited to tacos, you’d be wrong. In fact, Mexican food comes in limitless regional and local variations. Yes, tacos are a staple almost anywhere you go, but even these come in a dizzying array of styles, from the pita-like tacos al arabe of Puebla to warm-spice infused cochinita pibil tacos from the Yucatan.

Beyond tacos, you’ll find an astonishing variety of other types of food to sample as well. You’d do well to try Oaxacan tlayudas — a chewy, grilled type of herb-infused quesadilla — or scope out the streetside tlacoyos that are popular in central Mexico, and consist or blue-corn masa filled with beans and topped with fiery sauces, cheese, and nopales. There are also limitless regional variations on the famous Mexican torta, which — legend has it — originated in Puebla (and are most popular there as cemitas). That’s to say nothing of the world-famous mole Poblano.

Ceviches and seafood are also found almost everywhere, though are fundamentals in Yucateca and Baja cuisine. Keep in mind that eating street food is generally safe, though if you want to exercise a bit of caution, make sure whatever you ingest is piping hot. If you’re feeling particularly adventurous, chapulines (roasted crickets) are a staple in many regional cuisines, and Mercado San Juan in Mexico CIty is packed with all sorts of adventurous eating stalls. Hungover? Opt for chilaquiles (just trust us).

Mexico’s high-end dining scene is booming as well, ranging from world-famous Pujol in Mexico City to spots like Arca or Hartwood in Tulum. Sweets are ubiquitous across the country, from the famous concha (a type of sweet bread) and seasonal pan de muerto to cinnamon-and-sugar covered churros, the whipped chocolate drinks of Oaxaca, the obleas of Puebla, and delicious gorditas de nata found in market stalls around the country. For more info on food in Mexico City, check out our run-down here.

3. Everyone wants to know, “Is Mexico safe?” The answer is complicated.

There is no denying it: As of late 2019, Mexico was on track to have its most violent year on record (you can read our full breakdown on safety in Mexico here). Much of this is fueled by corruption within local law enforcement agencies and violence associated with the drug trade. And the problem is growing. However, the vast majority of travelers visiting Mexico are unlikely to encounter any such violence on their visits. Keep in mind that most areas of Mexico frequented by tourists — the Riviera Maya, Cancun, Mexico City, Oaxaca, Los Cabos, and Puerto Valllarta — are a critical part of the country’s economy, and thus see an influx of federal resources devoted to safety. Furthermore, these parts of Mexico have the same Level 2 advisory from the U.S. State Department as France, the U.K., and Germany. Still, you should exercise some vigilance when traveling around the country by road or exploring a new city — you can see our tips on staying safe in Mexico here. 4. Credit cards are widely accepted in Mexico, but you should always carry pesos.

Even in the most remote corners of Mexico, you’ll likely find restaurants and shops that accept most international credit cards. Be prepared to carry ID, though, as some cities and states are more rigorous about verifying your identity than others. On a recent trip to Tulum, we had to show our passport or driver’s license for many transactions completed by credit card. Even so, cash is still king in many arenas of Mexican daily life. That includes anything you plan on buying from local markets, any street food, many smaller restaurants, and even some smaller boutique hotels. Keep in mind that internet service isn’t the most stable in some destinations (like the remote corners of the Riviera Maya or coastal Oaxaca), and when it’s down, paying by credit card won’t be an option either.

5. The weather in Mexico varies by destination and time of year.

Let’s put one myth to rest: It’s not hot and steamy everywhere in Mexico. In fact, some parts of this large nation can get downright chilly at night. It all comes down to where you’re planning on visiting and when. The Riviera Maya and Cancun are hot year-round, though nights during the winter months can mean that a long-sleeved shirt is in order. You’ll find low humidity during the winter there, and high humidity in the summer months. On the southwestern coast, in Oaxaca, temperatures stay warm year round (even at night). In Los Cabos, the air is drier all year, though it can be scorchingly hot during the summer months. Winter in Los Cabos sees hot days and cool nights. The country’s interior is generally higher in altitude, which means altogether different types of weather. There, the temperatures are pretty consistent year-round, with highs in the 70s and 80s during the day, and nights that can range from the 40s into the 60s from winter to summer. Keep in mind that the entire country is essentially subject to a wet-dry cycle. Summer months see high amounts of rainfall, while winter is significantly drier. Hurricanes are, of course, a risk from June through November along both coasts. 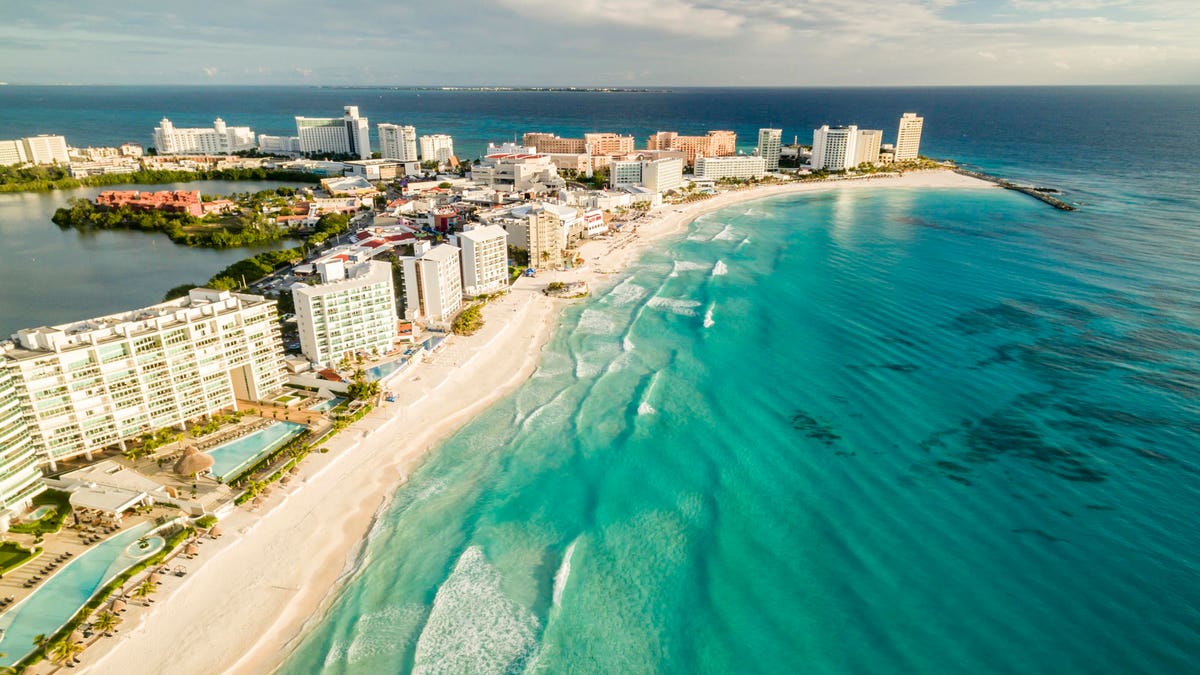 6. English is widely spoken in Mexico’s tourist areas, but Spanish will help.

There are some parts of Mexico where you might forget that you are, in fact, in Mexico. That’s particularly true in Cancun’s Hotel Zone, Cabo San Lucas, and Puerto Vallarta, where you’ll see all of the familiar chain restaurants from back home. Most workers in the tourism industry throughout much of the country will be speak relatively good to excellent English. However, if you’d like to get any flavor of the local culture, venture off the tourist track, or want to understand what you’re ordering in a local restaurant, knowing some Spanish will come in handy. It’s also worth noting that there are many parts of Mexico where you’ll hear indigenous languages, including Nahuatl and Mayan.